A resolution of sympathy with Mrs. Entwistle on the death of Mr. Entwistle was passed and the Secretaries were instructed to forward the Resolution toMiss Entwistle. Re Finances it was reported to Mrs. Entwistle that Miss Ashton had secured donations and subscriptions amounting to

The hour of meeting  for the Council was discussed.  It was thought advisable that the meetings should occasionally  be held in the evening to make it easier for the Trade Union Secretaries to attend.  Miss Bulley moved that quarterly meetings be held at 8pm instead of 3pm  with a view to.  getting the Women Secretaries to attend.  Seconded by Miss Ashton and carried.

It was reported re weavers that things were going on better at  Howarths.  Wages were more satisfactory and the Committee had decided to take no further action for the present.

The Winders Union had increased its membership to over 200 and work was being done to further strengthen them.

Some organising had been done among Tailoresses in Bury.  It was found that the women were doing good and skilled work, but there seemed to have been some friction which increased the difficult of organising.

The membership of the Fancy Box makers had been gradually dwindling.  Many of them had left the trade, & the union had never been a strong one.  They had decided to dissolve & wished to make a grant of £5 to the Council. The Council decided to advise them to hold on if they could for the present but if this was impossible they would accept the money on the understanding that if any effort was made in the future they would be willing to help to reorganise. 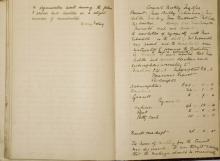 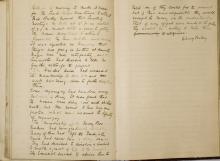