Minutes were read and passed.

Secretaries were instructed to get more information about Legal Advice Committee and to order 12 copies of “The Status of Trade Unions”.

It was reported that there had been a reduction at the Coop: (Tailoring Department) of 1/2d per garment.  This involved a loss to the workers of about 2s a week.  Miss Kay (Secretary: Tailoresses Society) had written to protest on behalf of the Union.  So far she had received nothing beyond an acknowledgement of her letter.  It was  decided that if Miss Kay failed to get satisfaction from the Directors Mr. Gray ( Secretary of Arbitration Board) should be consulted by the Secretaries.

The Capmakers had decided to hold a weekly meeting at St Saviours school, Cheetham and had asked the Secretaries for assistance (speakers etc.) It was suggested that different people should go on different nights.  Miss Ashwell Cooke volunteered to help in this work.  Thirty five Folders and Sewers working at Bradshaw & Blacklock had asked for an advance of 1s a week.  The Manager had referred the matter to the forewoman, and the Union had every hope of gaining the advance.

The question raised by Mrs. Hobhouse at the last meeting of the possibility of securing the services of a lawyer for the Council was discussed.  Miss Ashton moved Mrs. Cooke seconded “That  a special fund be started to meet legal expenses of workers and the Secretaries be empowered to ask for donations.” Carried unanimously.

Re Cotton trade.  No answer had as yet been received from Mr. Wilkinson.

The Scottish Provident had fitted the  building with electric light, and it was discussed whether the Council should use it.  It was decided that the Secretaries should find out the cost and arrange terms, provided it was not very expensive, in which case the matter should be referred back to the Council. 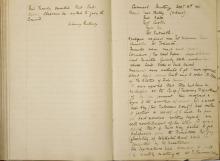 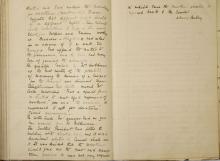