The sub-Committee Minutes were read. It was reported that in answer to the letter from the Tailoresses' Committee the Tailors Amalgamation had granted £10 to the Society for organising purposes.  Since that Mr. Flynn had been approached again and it was finally arranged that the Amalgamation should find £26 provided that the Council would guarantee the other £26 and that Miss Kay should be asked to undertake the work for a year  at the rate of £1 a week.  For this purpose a special fund had been started.

A meeting had been held for weavers at St. James-the-Less school Ancoats.  There  was a small attendance.  Several of those present had taken books into the shed, and  the Secretaries were taking steps to find out the addresses of the weavers with a view to canvassing.  The weavers who attending had all been working at Armitage & Rigbys.  It was reported that representatives of the Council and of the various unions in connection with it had attended the Manchester Conference of Trade Unionists and Co-operators against the Corn Tax.

At their request the following clause had been inserted into the Resolution passed at the Conference -The tax will moreover fall with great severity on women workers who, as a result of their absence of voting power have no possibility of making an adequate protest against it.

A letter had been received by the Federation of Women Workers from the Spinners' Society calling attention to the introduction of the Pittsburgh system at the Linotype Works, Broadheath, & inviting them to appoint representatives to discuss the matter with the men’s representatives. 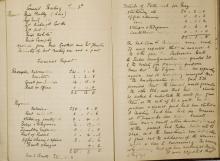 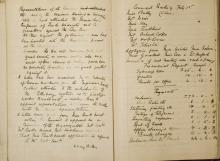 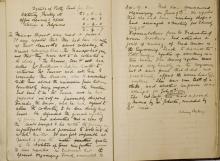