Garden party. Arising out of the minutes the Secretary reported that the profit on the garden party had realized about £11.00 to date, she was instructed to bank £10.00 at once.

Correspondence. An invitation was received from the discharged soldiers and Sailors association, to attend a conference, and it was decided to let the matter lie on the table.

Sub-Committee Minutes. The Sub-Committee minutes were read. The Secretary reported that she had been unable to get an interview with Birtles and Tate up to the present.

Wood Trade. Many meetings had been held in the world trade. An agreement had been arrived at with Messrs. Evans, Newton Heath, whereby the firm had promised that any girls stopped owing to shortage of work should be given the first chance of work when other contracts came in.

A new branch of the Union had been formed at Gerard’s, Swinton, and an interview was pending with the firm to point out the illegality of deducting the 2/6 advance granted to Munition Workers, as a fine for any time lost.

A branch had been organised at Bolton and it was discovered that very low wages were being paid. An application had been sent in for the rates paid in other wood shops to apply to the women working at this firm.

Blairs. There had been a small strike amongst the Pressers at Blairs owing to bad material. This had been settled satisfactorily.

Clothiers. A demand for an increase in wages had gone in for the women working at Messrs. Browinson’s, Hyde.

Tin Box Workers. A satisfactory report had been received from the girls working at Kenyon’s, and the girls were keenly interested in the Union.

Furnishing Trades. It was reported that the Upholsteresses and Women Polishers were on strike. They were asking for an increase of 2d an hour on their present rate of 7d.

Office hours. Miss Cox reported that Miss Cox and Mrs. Withington had kept office hours while this Quaile was away on September 10th and 11th respectively. 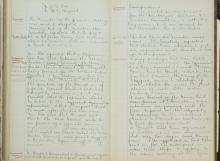 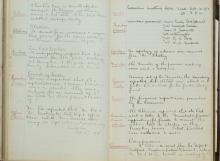