Joint Suffrage Conference. A letter was read from the Manchester and District Federation of the National Union of Suffrage Societies asking the Council to take part in a Joint Women’s Suffrage Demonstration to be held in Manchester at the end of June and to appoint representatives on a joint committee to arrange the demonstration. Miss Basnett moved and Mrs. Spence seconded that the Council agree to cooperate. Carried nem.con. Miss Basnett was appointed to represent the Council on the Joint Committee.

Miss Emily Cox was unanimously re-elected Chairman of the Council for 1914.

Nineteenth Annual Meeting. It was reported that the nineteenth annual meeting was held in the Lord Mayor's Parlour at Manchester Town Hall on Tuesday, February 17th at 3.00. The Lord Mayor opened the meeting and read a letter from Lady Schwann. Professor J. J. Findlay and Mr. J. J. Mallon of the National Anti-Sweating League and Mr. Conley of the Amalgamated Union of Clothiers' Operatives were the chief speakers.

Sugar Confectionery Workers. It was reported that several meetings of sweet workers employed at Lovells and Bertenshaw and Irwines.

Upholsteresses Dispute re-Advance in Wages. That upholsteresses were putting in a claim for an advance of halfpenny per hour on their hourly rate which would bring their minimum wage for a full week to eighteen shillings. The advance was refused by the employers and the women were on strike as a result.

Sheffield Leather Workers Advance. The interview arranged between the Leather Workers' Union and Messrs. Dewsnap and Co. re-advance in standard of payment for the Sheffield women had at the request of the Union been postponed for a few weeks.

Altrincham Women Workers. Miss Quaile had again spoken at a meeting of women workers at Altrincham. The meeting was the third arranged by the Altrincham Women’s Labour League to get work girls interested in trade organisation.

Miss Cox reported that Mr. Mallon had written asking to be given the opportunity of meeting members of the Council (in reference to their decision not to amalgamate with the National Federation of Women Workers) when he came to Manchester for the annual meeting of the Council. The Sub Committee and Mr. Herford as Treasurer were asked to meet him. No points that had not been considered already seem to be advanced by him. 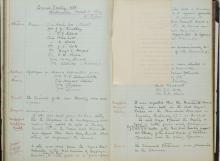 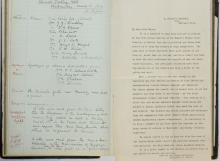 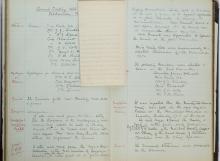 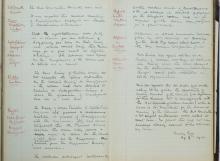