Finance. The monthly financial report was presented by the Secretary.

Resignation Mrs. Tawney. A letter was read from Mrs. Tawney resigning her membership of Council as she was leaving Manchester for London.

Messrs. Reynolds Clothing Factory. The Minutes showed that a complaint had reached the Council from workers employed at Messrs. Reynolds Clothing Factory in Canal Street of deductions from wages. Every worker earning over 5/6 and less than 10/6 per week had 9 deducted - 3 for hot water; 3 for insurance and 3 for power. Those earning 10/6 had 6 deducted - 3 for power and 3 for hot water, the firm paying the 3 insurances for them. The deduction for power and hot water which were high in comparison with charges made by similar firms were reported to the Factory Inspector and the insurance deductions had been referred to the Insurance Commission. Several meetings of the girls had been arranged and it was hoped that the Union would gain in membership.

Painters. The Painters to Calico Printers Engravers’ Union was growing and had held a very successful meeting at the Caxton Hall Salford.

Broughton Flax Workers. The winding up of the Broughton Branch of the Flax Workers Union was reported. This was made inevitable through the voluntary winding up of the Broughton Mill and the impossibility of the workers getting similar work in the country. The money was being returned to the members, all receiving the amounts they had paid in, less two pence the share per member of expenses incurred. The Caxton Hall Salford was engaged for the evening of the 5th and 6th December and the majority then received their money. Others were coming to the office. 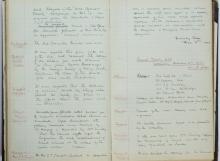 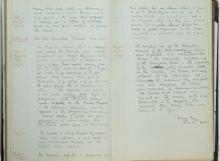