Finance. The monthly financial report was submitted by the Treasurer.

Secretary’s resignation. The Chairman reported that Mrs. Aldridge had thought it would be necessary to resign her position as Secretary for reasons of health at the end of June but that she was ready to accept instead the suggestion of a year’s leave of absence if the Council could arrange to grant this. Mrs. Aldridge left the meeting during the discussion.

Year’s leave of absence granted to Secretary. Mrs. Cooke moved and Mrs. Findlay seconded “That the Council have heard with great regret Mrs Aldridge feels it necessary to relinquish the work for a time. They agree to the proposal for a year’s leave of absence from the end of June.” Carried nem con.

Position reviewed in 9 months. Mrs. Aldridge was recalled & it was agreed that decision should be reviewed after nine months from the end of June.

1. It was resolved on the motion of Miss Todd and Miss Ashcroft that a salary at the rate of £100 a year should be paid to the Organising Secretary pro tem.

2. It was also resolved on the motion of Mr. Herford and Mrs. Findlay that Miss Quaile’s salary be raised from £65 to £75 per annum from July 1st.

3. It was agreed that enquiries be made through various organisations during April before advertising for an Organising Secretary.

Blouse makers. That negotiations re-prices were still in progress between the Blouse makers and the Norwood Manufacturing Company.

Upholsteresses Advance. That the Upholsteresses strike was settled on March 23 after three weeks duration. One farthing advance on hourly rates had been gained which brought up their weekly minimum wage from 16/- to 17/-. A further advance of one farthing per hour was to be considered in six months’ time.

Church League for Suffrage. Shop Assistants. Mrs. Aldridge had given an address on women’s work and wages for the Buxton Church League for Women’s Suffrage on March 17 and had presided at a district meeting of shop assistants on March 18.

Jumble Sale. It was reported that Mr. Grierson had kindly lent a room at the Art Museum Ancoats for the jumble sale on May 23.

Trustees for Special Emergency Fund. It was reported that the proceeds from the sale would be used to found a special emergency fund to help the Unions connected with the Council when in difficulties. It was thought advisable to elect Trustees for the management of the fund from both the Council and the Joint Committee. On the motion of Mrs. Cooke and Miss Todd. Mrs. Findlay, the Chairman and Secretary of the Council were appointed as Trustees from the Council. 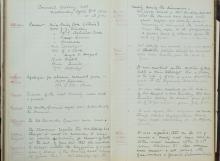 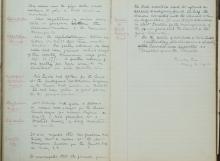